The Emmy time-shifting controversy grew after I posted my initial rant. Over 150 showrunners/executive producers signed a petition, the Writers and Directors Guilds are accusing the Academy of breaking their agreement, and an Emmy producer was obnoxious at the TCA press tour. This post has reactions from Hart Hanson (Bones), Lawrence Kaplow (House), and Anonymous Writer, as well as the previous ones from Jeff Greenstein (Parenthood) and Adam Barken (Flashpoint):
Yeah, I hated censoring but a) Blogcritics wouldn't have printed it and b) it's my least favourite word ever. But a great quote.
Posted by Diane Kristine Wild at 5:36 p.m.

I write nothing for Blogcritics for 3 months, then 4 in a week. My latest is an interview with Canadian actor Andrew Airlie (Intelligence, Reaper): 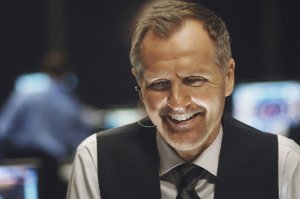