Oops, a little behind on linking to the TV, eh? podcasts:

Thankful to be thankful 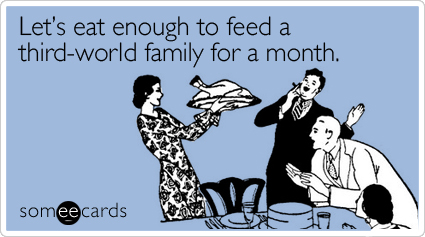 I completely missed Canadian Thanksgiving this year - something about going from Egypt to Edmonton to LA that day and working as soon as I hit the ground. Today is American Thanksgiving, which, oddly, I only ever celebrated the two years I lived in Mexico, where they don't celebrate Thanksgiving at all.

But while I got screwed out of turkey and pumpkin pie this year, I find myself reflecting on what I'm thankful for lately, and today seems like a good opportunity to express it. So pardon the sappiness.

I could examine my life and focus on what's lacking, but I (mostly) choose not to. And when I do succumb to the negative, that's why emo music was invented.

But how could I experience such an incredible Egyptian vacation with such an incredible person and not feel grateful for the means to travel, the ability to appreciate the world around me, and the company of someone who knows me so well and still voluntarily spends time with me?

How could I not feel grateful for a job that gave me such a great work experience in Los Angeles, and at the same time the opportunity to see some wonderful people I don't get to see often enough?Also, I got a personal tour of NASA JPL. That is insanely cool.

I don't need international travel to consider myself lucky, either. I'm thankful for the ability to appreciate the beauty of the snow falling, the taste of a pumpkin latte, the warmth of a fuzzy cat, the comfort of solitude and of knowing my friends are a phone call or text away if cabin fever descends.

I look at my life and the people in it and realize I would have to be the biggest ingrate to not be thankful every day, not just Thanksgiving Day(s). And I'm thankful for the ability to be thankful for what I have.
Posted by Diane Kristine Wild at 1:20 p.m.

With Denis McGrath and Anthony Marco discussing copyright and Bill C-32, plus the CBC winter schedule and the perils of hype. Click here for more or listen via the links below. 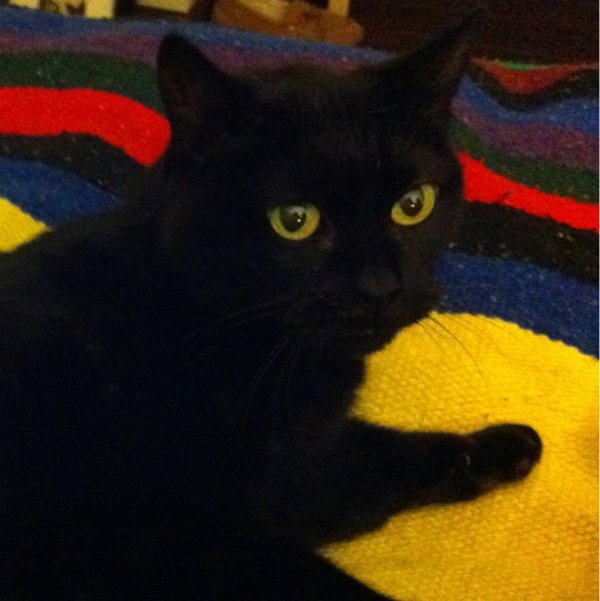 I don't know much about Fostercat Holly's background other than she was rescued and then lived at a shelter for quite a while. It's pretty clear she's been abused. She's very flinchy and takes a long time to trust. After she finally came out of hiding, when she suddenly demanded attention, I had to learn how to move and how not to move in order to make her feel safe, or she'd cower as if I was about to belt her.

Compounding that problem is her painful teeth. She loves to be petted. I haven't found the end to her tolerance for being hugged and stroked and she will repeatedly rub her head against my hand ... until she hits a part of her mouth that's painful. Then she'll flinch and cower as if I'm about to belt her. Something has to be done to take away her physical pain before we can make much more progress on the other kind.

The rescue organization is supposed to pay for all fostercat-related expenses, including food, litter, and vet bills, but they're strapped for cash so I've offered to do it. But here's the thing: she's only one of 300 fostercats they already have in their system, never mind the new ones coming in a steady stream.

So if you can spare some money and want to help this organization help abandoned cats and kittens, please consider giving here. Holly's got me, but there's lots of abandoned cats out there who need someone too.

News Release, November 12, 2010—Hundreds of abandoned kittens and cats in Vancouver and Burnaby are hoping the Vancouver Orphan Kitten Rescue Association (VOKRA) can raise enough money to enable them to continue their work.

“All animal rescue organizations are stunned by how enormous the need has been this year,” says Karen Duncan, co-founder and president of VOKRA. “There were so many more cats who were abandoned and dumped on the street or came to us really young and pregnant.”

VOKRA is a no-kill, registered charity that works to reduce the uncontrolled breeding in feral cat colonies, while also actively finding foster and forever homes for the growing number of cats and kittens in need in the Lower Mainland. VOKRA does not receive any government funding. Run by volunteers, VOKRA relies entirely on adoption fees and donations to pay for high-quality food, litter, and medical costs for over a thousand cats each year. Average monthly costs are $28,000.

Duncan says VOKRA doesn't euthanize cats if they have a will to keep living. Instead, it pays for life-saving treatment. Many cats who are taken in are ill or easily susceptible to illness because they have not been fed properly and generally have not had good lives. To put costs into perspective, helping one healthy cat can cost at least $190 in vet bills, plus $40 per month in food and litter costs until they are adopted. VOKRA adoption fees barely cover these costs, and the need to fundraise becomes greater every year.

“The number of cats is increasing, as is the demand for what we do, and so our vet bills and expenses keep going up,” says Duncan. “We go through kitten season with ups and downs, and this is the time of year when things start to catch up. We're doing everything we can to fundraise to pay our bills and have enough to start another year of rescuing abandoned cats and kittens.”

“We aren't closing VOKRA,” continues Duncan, “but our capacity and what we can do is limited, so we are now focusing on very young kittens, pregnant/nursing cats, and our own returns, which is our original mandate.”

Duncan is optimistic that the constant flow of kittens will diminish, and the current 300 cats and kittens in their care will be adopted out soon. Until then, VOKRA has stepped up its fundraising efforts, including grant applications and planning for next year’s Walk for the Kitties walk-a-thon. But what the association really needs are additional regular donors.

“Even though we're still coming out of the economic downturn, ten dollars a month is nothing to most people. But every dollar helps us,” says Duncan . “We wouldn't be here without the generous support of the community. We're appealing to everyone, so we can continue to help these neglected creatures. They have not asked to be born into an already overpopulated world.”

How you can help:

1. Donate online at www.vokra.ca/donate and then ask 10 of your friends to donate at least $10. Consider becoming a monthly donor.

2. Donate by cheque made out to VOKRA and mail to:

5. Spay or neuter your cat by five months. Tell your friends and family to do the same.

VOKRA issues tax receipts for donations $20 and above. 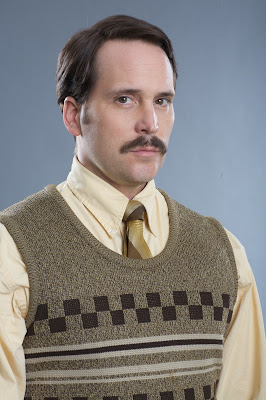 Our guest this week is Chris Leavins of Todd and the Book of Pure Evil (as well as Cute With Chris, Traders, Slings & Arrows, etc.) who talks about playing the guidance counsellor from hell, his favourite Canadian television the limitations of making a web series about cute cats, and so much more.

But first Anthony and Diane rant, of course, about the Geminis foreign content, Canadians' wacky list of 25 favourite shows, the excrement that is Lake Shore, and the difficulty of cutting the cable cord in Canada. Oh and Lost Girl was renewed, but we're happy about that.

Video: House writer Larry Kaplow on "A Pox On Our House"

Yeah, I had to post this FOX video, because, you know:

No guest interview this week but Anthony and I talk about the Geminis, Gordon Pinsent, Canadian cop shows, and the CRTC: 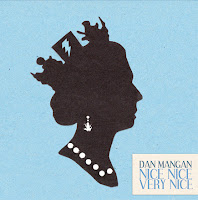 Since I've already confessed my long-standing brain crush this weekend, now it's time to confess a musical crush: Vancouver artist Dan Mangan and his album Nice, Nice, Very Nice (such a  nice Canadian title, eh?). I think I first heard Mangan from new-ish radio station The Peak - which like all commercial radio stations mostly plays the same thing over and over again, but in their case, they play music I love that you don't hear ad nauseam from other stations over and over again, and thus have introduced me to some new favourites.

I do love the album, but his videos make me love it even more. They're beautifully shot mini-movies fitting to the tone of their accompanying songs.

Road Regrets is a melancholic animation:

Indie Queens are Waiting looks like an indie movie shot in a local diner:

And Robots is a hilarious parody of an 80s gang movie: 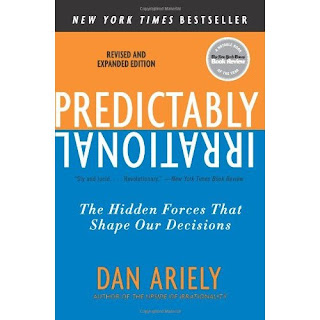 A lot of books (and movies and TV shows) have changed my perspective in small and big ways, but Dan Ariely's Predictably Irrational has probably had the most profound impact in changing the way I view how people behave the way we do. The title says it all: rather than perfectly rational creatures, in many ways we are irrational, but in predictable ways. Ariely's point is that if we understand these ways we are irrational, we can use them to overcome the limitations of that irrationality, and his book gives practical and humorous examples and suggestions.

He's a behavioural economist (yeah, I didn't know there was such a thing either) so his research focuses on consumer and business choices - from purchasing decisions, retirement planning, health care, executive bonuses - but that covers a wide area, and there's a lot to be learned about human behaviour in general.

I first read Predictably Irrational a couple of years ago and have annoyed friends since by quoting it in appropriate (to me) circumstances. I am finishing up his follow-up, The Upside of Irrationality, now. When I had the opportunity to meet one of my favourite authors, Yann Martel (Life of Pi), at the Vancouver writers festival, I babbled to him about Ariely's research as it applied to Martel's Beatrice & Virgil ... because I was a volunteer writer escort who had to wait until he was done a book signing to escort him back, so I was reading on my iPhone, and on the way back we talked about the impossibility of signing an e-book which is how I bought B&V, which made him comment on me reading a book on my iPhone, which happened to be The Upside of Irrationality and happened to be a chapter that touched on themes of Martel's talk and quoted Stalin in the same way Martel had just quoted: "The death of one man is a tragedy. The death of a million is a statistic." He at least pretended to be interested.

Anyway, below is a taste of Dan Ariely's humour and insight while giving a TED talk. You really have to read this book though.