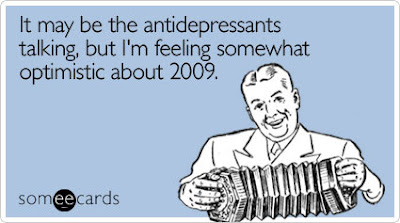 Interview with Erin Karpluk of Being Erica

My interview with actress Erin Karpluk is up on Blogcritics now. I really liked the Being Erica pilot, which could be described as 13 Going on 30 meets My Name is Earl. It starts January 5 on CBC and will come to SOAPnet in the spring and BBC ... sometime:

[Edit: This doesn't seem to work in Firefox, though it does work in Internet Explorer. Give them time and I'm sure it'll be fixed. For now, click here.]

As you'll see from my Twitter updates, I have three TV-related interviews to write up in the next few weeks, so some day soon this blog will have something more than Twitter updates. But for now, Twitter updates!
Want to follow me on Twitter? Here.
Posted by Diane Kristine Wild at 9:45 a.m.

Here's the TV tidbits that interested me in the last few days:
Want to follow me on Twitter and get all this excitement in real time? I'm here.
Posted by Diane Kristine Wild at 8:08 p.m.

There was actual news floating around Twitter today, so here's the latest collection of what's on my TV mind lately:

One bit of information I was on the receiving end of was the news that the Tribune Company has filed for bankruptcy protection. Maureen Ryan of the Chicago Tribune is not only one of my favourite voices in TV criticism, she's an active blogger and Twitter user. So her announcement of the news brought on an outpouring of support. (She says "I'm still reeling, but from what I understand, nobody is fired or laid off now.") Tribune also owns the LA Times among other media outlets. Besides the obvious general badnewsiness of this whole thing, fingers crossed that it doesn't result in even more losses in the shrinking world of professional TV criticism.
Want to follow me on Twitter? Here.
Posted by Diane Kristine Wild at 7:40 p.m.

This week in my so-called TV life

The Great Twitter Experiment has already given me a little brainstorm. I'm going to gather any appropriate "tweets" every so often and include here too, for painless posts between my now very occasional "real" posts. (All together now: duh. In my defense ... uh, it didn't occur to me before.)

It'll end up being a collection of TV-related links that interest me and short thoughts on what I'm watching. I'll try to post any videos I link to there in same-day posts here, too (this time they're just included below as links). And I won't be able to resist fleshing out those 140 character posts a little, at least fixing syntax. Drives me nuts to write in text speak.

I have to admit, I've long thought Twitter sounds incredibly stupid. (Don't know what Twitter is? It's like Facebook if it were only the status updates. Don't know what Facebook is? Meet my friend Google.) How can we find the time to do anything with all the time spent telling people what we're doing, and reading about what they're doing? I barely care what I'm up to any given minute of the day, never mind what anyone else is.

But like any tool of expression, of course what we get out of it is more about what we choose to express and ingest rather than the tool itself (I'm ignoring "the medium is the message" for now). Twitter's being used for all sorts of purposes, from "this is what I'm up to" missives, to group chat between friends (it can even be private), to promoting businesses and blogs.

Which is where I come in now, semi-reluctantly, as someone whose job and hobbies involve web technology. It could be an opportunity to promote TV, eh? in a simple and different way and to keep up with a new web toy that doesn't seem to be fading.

So what will my Twitter look like? I'm sure it'll evolve as I figure it out, but I'll focus on TV thoughts, and not just Canadian TV. One of my (ironic? hypocritical?) pet peeves about TV coverage in this country is that Canadian TV is relegated to its own ghetto. It's rare to read an article that mentions a Canadian show unless it's exclusively about Canadian TV.

Of course, what's TV, eh? if not a well-intentioned ghetto, but it's what I can manage. Twitter will let me do manageable microblogging where Canadian TV is just part of my TV thoughts, and if people follow then they'll hear a little more about Canadian shows in the process. And it'll alleviate my current issue with blogging time. With only 140 characters, I won't feel like I have to write more of a "review" than: "Love Dexter. Love Jimmy Smits. Not sure I love Jimmy Smits on Dexter." Hmm, maybe I'll post that one.

Twitter's a community, not a soapbox, so there's bound to be some off-topic tweets (yeah, they call them tweets). The big benefit of experimenting with Twitter is that unlike the great podcast experiment, it's low effort. I won't post the link on TV, eh? until I feel more comfortable with how it'll all shake out, so consider this a beta release for those of you who have forgotten to delete this blog's RSS feed.

If you're not into it, I don't blame you. If you are, follow me here: http://twitter.com/deekayw
Posted by Diane Kristine Wild at 7:58 p.m.