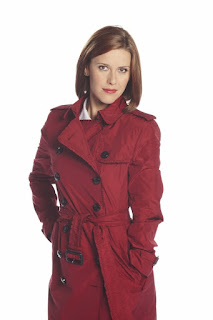 I interviewed actress Caroline Cave from the upcoming Cra$h & Burn and the current Saw VI: