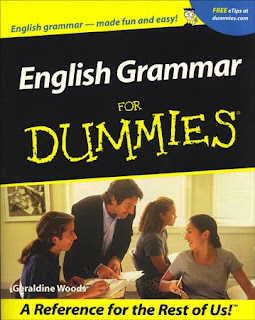 I’d been thinking my next post would be a lighthearted rant against grammar snobs who try to train the universe in the lessons they remember from grammar school. I have many dear friends who I love very much who take pride in looking down on people who violate the rules as they see them, and I’d posit they’re not only misguided but often they're just plain wrong. That rule about not ending a sentence with a preposition? That’s the most nonsensical grammar “rule” that even most modern-day grammarians don’t accept as a rule.

Maybe that’s why I picked a fight with The Big Bang Theory creator Bill Prady on Twitter. That and I love a good debate on nerdy subjects. That and apparently I didn’t really want that interview with him during the Banff World Television Festival after all.

Today, he seemingly randomly started a string of tweets instructing his followers on word usage and pronunciation, one of which was dictating against the use of alright.

Coincidentally, I’d just linked to an article from TV, eh? to the Toronto Star headlined “Murdoch star alright being wrong.” The usage surprised me because most publications avoid it - I avoid it - exactly because of grammar snobs like Prady who see it as a less educated form of all right, despite accepting that altogether and already are already in standard usage.

The man created The Big Bang Theory, not the big bang. If there were a grammar deity, I’d like to think s/he would preach evolution and tolerance of regional differences and socioeconomic backgrounds.

Language evolves. If it didn’t, Prady’s Sheldon and Leonard would be spouting Old English. If Prady wrote all his characters’ dialogue in grammar sanctioned by a style guide, he’d never have made it as a professional TV writer; people don’t talk that way. For the most part, they don’t write that way, either. I’m guessing Sheldon does, but like Data in Star Trek, that in itself is a character tic.

Another person interjected with a link to Stephen Fry – a master of the language himself – who said it better than I ever could:

There are all kinds of pedants around with more time to read and imitate Lynne Truss and John Humphrys than to write poems, love-letters, novels and stories it seems. They whip out their Sharpies and take away and add apostrophes from public signs, shake their heads at prepositions which end sentences and mutter at split infinitives and misspellings, but do they bubble and froth and slobber and cream with joy at language? Do they ever let the tripping of the tips of their tongues against the tops of their teeth transport them to giddy euphoric bliss? Do they ever yoke impossible words together for the sound-sex of it? Do they use language to seduce, charm, excite, please, affirm and tickle those they talk to? Do they? I doubt it. They’re too farting busy sneering at a greengrocer’s less than perfect use of the apostrophe. Well sod them to Hades. They think they’re guardians of language. They’re no more guardians of language than the Kennel Club is the guardian of dogkind.

Language can be beautiful. It can be messy. Sometimes the beauty is in the mess, and the ugliness is people trying to tame it.

Prady took our disagreement well, though, ending by telling me: "You can have an interview -- it will be limited to the correct spelling of 'all right,' though."
Posted by Diane Kristine Wild at 6:36 p.m.