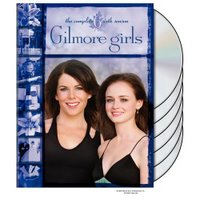 Emmy nominations will be announced Thursday, July 6, and in the first year of a new voting system, it will be interesting to see if they manage to come up with the same kind of results in a brand new way. Some think this might be the year Lauren Graham of Gilmore Girls or Kristin Bell of Veronica Mars can break through the nomination fortress, and tired shows like Will & Grace might not.

Last year, members of the Academy of Television Arts and Sciences received Emmy screeners from studios, voted for their favourites by ballot, and the top five vote getters in each category earned nominations. This year, the ballot was used to narrow the field to the top 10 vote getters in the best series categories, and the top 15 in the lead acting categories. Then, special judging panels got together one weekend in June to view all the sample episodes and cast their votes.

Why the fuss over a new process? The viewing public in general doesn't care how voting is done; they care about results. If we cared about the fairness of an award voting process, the Golden Globes would be laughed out of town. But we do care when our favourites are snubbed, and the new system is supposed to ensure that shows on lesser-watched networks get fair consideration along with the big boys who dominate the airwaves.

According to Gold Derby's list of Emmy finalists, compiled by secret sources and that may or may not be completely accurate, there is some hope: both Graham and Bell apparently made the cut of top 15 actresses in comedy and drama respectively. There's also some room for hair-pulling, since Will & Grace did make the top 10 for best comedy and Gilmore Girls (which is as much a drama as comedy) didn't. Battlestar Galactica didn't make the list for best drama, but Boston Legal (which is as much a comedy as a drama) did. How the final nominations shake out is the next big question - will it be the same old, same old, or will the new system make way for some newcomers?

An anonymous Emmy voter on BrilliantbutCancelled.com wrote his thoughts on that ballot stage of voting:

Here’s the dirty secret about Emmy screeners: Nobody watches them. When it comes right down to it, why should you? If it wasn’t important enough to watch when it’s on, then why should you give it an award? It seems like the ultimate hypocrisy. Why give it an award for excellence if you didn’t care enough to watch it in the first place? ... Eventually one night my wife and I sit in bed and vote for our favorites (the ones we actually watched when they were on). And a few others that have really good buzz (like maybe 24, which is great but we just didn’t want to make the commitment).

That attitude is exactly what the second stage of the process is trying to counteract. The Academy forces a select group of voters to watch the screeners and vote on their favourite of what they've actually seen. Theoretically. Of course if they have favourites coming in, if they've devotedly watched the entire season of Grey's Anatomy, they're not likely to be swayed by one episode of Rescue Me. And Anonymous Emmy Voter is right - why should they? In that case, they cast their vote long before the Emmy ballots were mailed out, simply by watching the shows they preferred during the season.

The year the Emmy nominations manage to please everyone is the year there are only five shows on the air in each category. I perhaps have a slight bias towards House, but looking at the top 10 vote getters in the best dramatic series category according to Gold Derby, I'm not going to be surprised if it doesn't make the final cut of five nominees. I might not have seen many of the contenders, but by reputation I know they're stiff competition. And while I appreciate House far more than Lost, I can't say it's an objectively better show ... in part, because the idea of objectivity has no place in a discussion about opinion. And Emmy voters are expressing their opinions.

Of course, if House and Hugh Laurie don't get nominated, I reserve the right to change my mind and curse the system.
Posted by Diane Kristine Wild at 3:09 a.m.