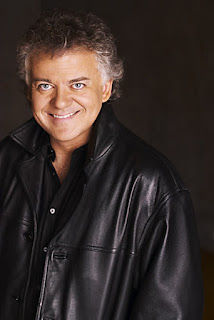 This Sunday is another TV, eh? show on Blogtalkradio, and it's a Banff World Television Festival director extravaganza. First up is director David Winning, who has directed numerous television and film projects on both sides of the border. More importantly, he's the hero who rescued me from wandering around the Banff BBQ with a "Made in Mexico" sticker in my hair. Call in at 646-200-4063, 11 am Pacific/2 pm Eastern, to talk about his adventures on shows such as Blood Ties, Andromeda, Earth: Final Conflict, Dinotopia, Dinosapien, Are You Afraid of the Dark, Sweet Valley High, and many more. Or email me/leave your questions in the comments - ball-busting ones accepted, Will.

Following that live discussion, I'll play an excerpt of the interview I did with executive producer and director Martin Wood of Sanctuary, Stargate SG-1 and Stargate Atlantis. It includes material that didn't make it into my article, such as more on Sanctuary's innovative filming process and a solid answer to the elusive question I've been asked more than once: Why is Vancouver such a hotbed of science fiction filming?

Blogtalkradio has just introduced an "Ask The Host" feature where you can log in (registration is required but free) and click to "call in" to the show … though it's not working at the moment. As BTR has caused me to say more than once, this Internet thing is great when it works. Fingers crossed for Sunday. It will mean no more long distance charges to participate in the live show, which is a good thing. If it works.