I got together with an old friend this weekend, one I haven't seen in a long while. Happily, she's moved to within a few hours of me now, so we should be seeing more of each other. We talked about the odd feeling of, in very different ways for each of us, being at places we hadn't mapped out in our life plans, becoming people we hadn't expected to be, and having no idea what was coming next. It was one of those discussions you can only have with someone who knows the shorthand of your life enough to know that's not necessarily bad, though necessarily scary. 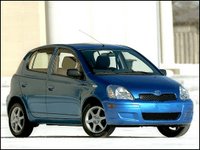 Speaking of scary, she noted that though we've known each other for over 10 years, this was the first time I'd ever driven her anywhere (I came to driving late, but she makes me feel better about that fact, since she still doesn't drive). She has, however, had the misfortune of being in a car with me as I tried to give directions, so she was prepared for my anxiety about whether I could drop her off where she was staying tonight without ending up in Seattle.

Once, her then-roommate was giving me a ride home after the three of us had gone out. When he reached an intersection along the main road towards my place, he asked which direction to go next. My friend said “right” at the same time as I said “left.” Foolish, foolish man chose to believe me, the one who'd lived in that spot for about a year, over my friend, who was, of course, correct. Unlike Robert Frost, if I encountered two roads diverging in a wood, I would take the indisputably wrong one.

I spent one university summer in Victoria, a very small Canadian city and the capital of British Columbia, for a French immersion program (French in Victoria, you ask? Well, it was cheaper than flying to Quebec). We'd venture downtown in the evenings and on weekends, and every single time when we were ready to head back to the university campus, I'd get turned around and forget how to get back. “You'd get lost in a paper bag,” a friend sighed. Fortunately, everyone in Victoria speaks English, so I'd have been able to ask for directions even if I'd been alone.

But left to my own devices, I can always get unlost, and that's how I learn my way around an unfamiliar place. It's my philosophy of life planning too. I might say I'm not where I imagined I'd be at this point in my life, but I can't imagine my future life. I wander down the alleys that most intrigue me and have faith I'll end up somewhere interesting. It's worked for me so far.

I ended up in Mexico City for two years following one of those whims (though the careful thinking, research and planning I do before making any big decision should shatter any illusions I might be giving you of my spontaneity). It's a horrible city for the directionally impaired, not just because of the sheer ridiculousness of its sprawling size, but also because it has named rather than numbered streets that are not arranged in a nice neat grid. So you might think you're heading in the right direction, because you think the street you're on is parallel to where you want to go, but really you're veering steeply off course.

But wandering like that helped me eventually get to know my neighbourhood very well, and learn which streets veered into territories my friends, guidebooks and government travel advisories warned me about. I suppose having a better sense of direction might have helped me avoid those areas completely, but then I'd have missed out on the excitement of discovering them for myself. I might make a lot of wrong turns, but I've learned my way from each of them.

Despite my tragic directional impairment, I'm oddly pretty good at navigating with a map. During last year's trip to Spain, I was the designated navigator because I couldn't drive our rented car's manual transmission – well, plus I have some issues with driving – and not to be immodest, but I did great. It helped that Spain has directional signs that put Vancouver's to shame (though that doesn't take much), as long as you can get past the fact that a Catalan city will be referred to by a different name on a Castillian map.

The only significant errors came from the driver not listening to me, and an outdated map on our completely out-of-the-way sidetrip to the Alhambra. I whipped the driver into shape early on by threatening to stop navigating altogether. And taking the old road based on the old map just meant we didn't take the direct route – I still maintain we were never really lost. The driver disagrees slightly. But we both agree that all it meant was we missed a section of the boring expressway and took the winding scenic route, where we had one of the best meals of our trip at a hole-in-the-wall restaurant with some of the only friendly waiters we encountered in Spain.

On my recent trip to LA, I discovered the permanent directional signs were great, but I was thrown by the construction-in-progress sign on the exit that led to our hotel's street. It warned: “This exit will be closed intermittently.” We didn't take it one day out of fear we'd get stuck in a dead end, but did take it the next, figuring if they weren't going to tell us when exactly those closures would occur, we would intermittently take that exit.

Unfortunately, taking the direct route meant I had to improvise on a section not covered by my map. Expressing my doubt, I told Driver Friend to turn left (or was it right?) and consoled myself with the fact that we were on the correct street to lead to our hotel, even if we might be going in the wrong direction.

The smart thing to do would have been to pay attention to whether the addresses were getting larger or smaller, but we were caught up in conversation and only snapped out of autopilot when Passenger Friend got off her cell phone call and pointed out the “Welcome to Santa Monica” signs. We weren't staying in Santa Monica. Oh well, it was an easy fix to turn around.

The only other real glitch was Driver Friend not listening to me – will they never learn? Except this time, it was comically unintentional. Trying to get from one highway to another, I had to make sure we were in the right lane. “Right” I said at the fork, which Driver Friend put through her Canadian-to-American dictionary and decided meant “correct.” As in, “I can read your mind, know you're wondering if you should take the left lane, and am validating that thought.” We had recently had our palms read for a lark, where I was told that if I unblocked my chakras I would unleash my latent psychic powers, so it's easy enough to see how she would get confused. (Apropos of nothing ... hi Lizzim! Love ya!) Passenger Friend, meanwhile, had the taxing job of laughing at our Who's-On-First routine.

But those are anecdotes we can remember and laugh at. There's not much to say about the fact that we got from the hotel to the Directors Guild Theatre without a glitch, or that we found our way to the Getty Centre without ending up in Tijuana. Maps might be practical, and they have their obvious uses, but they're not my preferred method of travel.
Posted by Diane Kristine Wild at 9:56 p.m.