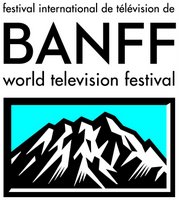 This year's lineup at the Banff World Television Festival includes gala events and famous names like Oscar-winning writer Paul Haggis (Crash, Million Dollar Baby). But the focus, as always, is on connecting decision makers and content producers while exploring issues and trends in the television industry. The festival, now entering its 27th year, runs from June 11 to 14, 2006.

“It's always been a great experience,” said Michael Ghent, Western Production Executive for CanWest MediaWorks Inc., who will be attending for the fourth time. “It's a gathering of the top broadcasters and producers in Canada, and a lot of important international players attend. I'm looking forward to the opportunities for networking and socializing.”

Ghent's mission is to share his needs for documentary, lifestyle, magazine and factual content for the various networks under the CanWest umbrella, including Global, PRIME, CH, MenTV and Mystery. He'll participate in some Face-to-Face sessions, where he'll hear pitches for new content, and will act as a member of the jury for the Pitch It Lifestyle & Reality competition, which offers financial support to winning projects.

“It's the top TV-related event in Canada, and one of the more important ones in the world,” he said of the festival. “As a Vancouverite, it's almost local for me, so it's great to have such a prestigious event in my backyard.”

Andrea Stevens is a television drama and feature film writer who divides her time between Los Angeles and Vancouver, with credits on First Wave, So Weird, Charmed and Clubhouse. She'll be attending as part of the CTV Fellowship program, and hopes to find some creative and financial partners to help develop one of her ideas for a new series.

“When you talk about the Banff festival to anyone who's ever been there, one word always comes up: networking,” Stevens said. “I've been in the U.S. a long time, so I'm looking forward to the opportunity to develop some professional relationships with Canadian producers, broadcasters and development executives.”

She'll be taking advantage of the face-to-face sessions, and added “I'm also very impressed with the lineup of Master Class speakers.”

Those Master Classes are led by the producers behind some successful and challenging shows, such as Richard Lewis of CSI, David Shore of House, Paul Scheuring of Prison Break, Ali LeRoi of Everybody Hates Chris, and Scott Peters of The 4400. The In Conversation With... series will feature Haggis, whose new television show The Black Donnellys is coming to NBC next season.

Various panels will highlight new media trends and technological innovations in the industry. Social responsibility, product placement, and the future of Canadian television are among other issues to be explored.

A mainstay of the festival are the Banff World Television Awards – formerly, and more catchily, known as the Rockie Awards. The international mix of nominees makes for some odd bedfellows, including The Rick Mercer Report (Canada's answer to Jon Stewart's The Daily Show) competing against Desperate Housewives and the British geek sitcom The IT Crowd in the comedy category.

But at the Banff World Television Festival, it's not just about who wins and loses, it's about who shows up. “It's good to see the festival seems to be having a renaissance,” said CanWest's Ghent, who has seen the event suffer through some leaner years. “This year, a lot of important people are attending.”