Spaghetti still cracks me up 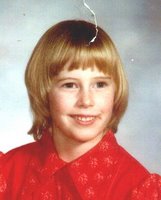 I used to believe I'd get wiser as I got older, until I discovered the more I know, the more I realize how much I don't know. Which I guess is a type of wisdom, but it's not the "answers to all life's questions" kind of wisdom I wanted. Oh well, maybe next year.

I used to think I'd get more sophisticated, too, but that hasn't noticeably been the case either, particularly when it comes to my sense of humour. I might understand bigger words, and recognize more references, but I still love the silly and the absurd.

This weekend, I was telling one of my "wasn't I ridiculous" stories — not to be confused with my "aren't I ridiculous" stories, which together comprise most of my anecdotes. I used to think I'd get cooler as I got older, too, but sadly, no. Fortunately my sense of humour has adapted to allow me to laugh at myself and be laughed at without bursting into tears. Mostly.

Anyway, this story was about the joke I invented as a seven year old, which I thought was hilarious, but whose telling always led me to believe everyone I knew was deficient for not fully appreciating it. Here's the "joke":

Q: What food shouldn't you serve if the Queen is coming for dinner?
A: Spaghetti.

I'll wait a moment until you stop laughing. Oh … don't tell me you're deficient, too? See, because spaghetti is messy. And you want to be sophisticated around the Queen.

To give my seven-year-old self credit, it's the kind of joke I still enjoy today. I mean, if it could fairly be called a joke. It requires the listener to fill in a leap in logic, and relies on the absurdity of eating spaghetti with the Queen. I mean, if it were absurd enough to be funny.

Some of my favourite non-self-invented jokes as a child were the elephant jokes, funny precisely because they're decidedly not funny individually (or, some would say, collectively). There are a ton of them, with many variations, but here's a few I remember:

Q: How many elephants can you fit in a Volkswagen Beetle?
A: Four – two in the front, two in the back.

Q: How can you tell there are elephants in your house?
A: By the Volkswagen Beetle parked outside.

Q: How can you fit an elephant in your fridge?
A: Open the door, put the elephant in, close the door.

Q: How can you tell there's an elephant in your fridge?
A: By the footprints in the butter.

Q: How can you tell there's an elephant in your bedroom?
A: By the butter tracks leading up the stairs.

Q: Why do elephants wear blue sneakers?
A: Because the white ones always get dirty.

Q: Why do elephants float on their backs in the water?
A: So their sneakers don’t get wet.

You get the idea. I can't blame my unsophisticated younger self. I still giggle at those. They're just so silly. Plus, when you think about it - when you read the news - an appreciation for the absurd is a pretty good trait to learn young.
Posted by Diane Kristine Wild at 10:31 p.m.